So here I am living on the lower eastside of Manhattan with my brother Terrence. He is going to Columbia University studying English Literature and I am going to acting school. We had inherited 300$ each from our grandfather on my father’s side Terry was working part time at Rikers Island, Men’s House of Detention, and my agent got me some print work once in a while so we were getting by.
I did a student film with a beautiful actress named Vivian and she invited me to dinner at the Laurent in Manhattan. I was surprised to arrive and find myself at dinner with Vivian and Salvador Dalí, his wife Gala, Mia Farrow and an assortment of characters from aspiring artists, actresses, drag queens and even a homeless guy called peaches. I sat next to Gala Dali’ and she told my fortune with flower petals and gazing into my eyes. She said a woman would come into my life that would make my name known nationally. She couldn’t say who where or why only that it would happen in the next six months. 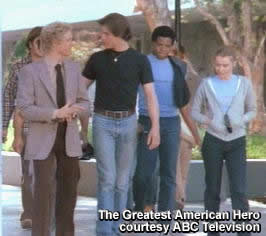 Well sure enough I heard about a “Cattle Call” being run by Joyce Selznick for the ABC Network’s talent development program. I followed another actor in to the audition hall picked up some slides “Audition Scenes” and started studying the scene. A woman came out into the area where all the actors were sitting and studying, she had a cane. She walked over to me and said “if you do what I say I can make you a star, I’m Joyce Selznick.” I said, “O.K. Joyce what should I do?” Her partner came back out and gave me their phone # in LA and said to call her next week. I went back home and told my brother about it and went to work; I was back in the restaurant business by now thinking my acting was just a dream.
I called Joyce and Jan exactly a week after she told me to and she said she was sending me a contract to sign. I signed it and sent it back and Joyce called and said she was coming back to NYC to do the screen tests. She sent me slides to study of two test pilots and told me where to be and when. I prepared the scenes and showed up on time did the tests got a free lunch and went to work at the restaurant again.
Joyce called me about a week later and said ABC was sending me a cheque for 8000$ and a round trip ticket to LA first class. I was off to Hollywood to be a supporting role in Stephen Cannell’s The Greatest American Hero.