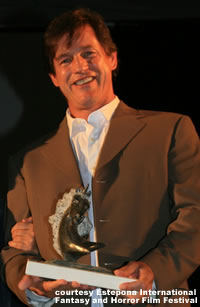 Here we go, I was invited to the Estepona Film Festival this month, and I am very proud to announce I was given two awards. One for best actor which I believe was for my performance in Uwe Boll’s movie soon to be released in theaters “SEED” and ‘The Jury’s Life Time Achievement” Award I think. The actual title may be lost in translation. It was really cool. My first Award.
SEED was really an experimental film I did with Uwe. We worked with only an outline which Uwe provided a couple of months before production. Working like this meant at least to me that Uwe was depending a lot on the actors to prepare and show up with a lot of ideas and inspiration which Uwe would sort through before we started to shoot.
I am not so much a mystical actor who can’t explain how I prepare. I believe acting is a craft and there are certain reliable steps that I follow. This worked very well I think when working with Uwe because he seems to have a very organized analytical mind. I noticed this first on “Sanctimony” where we all showed up a week early and Uwe wanted to rehearse with the cast assuming everyone would be “Off Book” already.
The best example I have of the fun of working like this is a scene when I am alone at my desk.
Uwe said “Michael you must call your boss, and ask for protection for your family.” 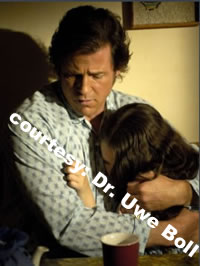 I paced around and said “How about I call my boss and complain that I want more protection?” Then Dan Clark, Uwe’s producer, said “Wait your boss should call you and complain about something.” Then Uwe said “this is what we do, your boss calls to complain about the cost of extra protection for your family, you refuse to comply and agree to work harder.”
So this is what we shot. What was cool is the trust between director, actor and producer that all were trying to make a better screen moments before we shot. I may be wrong but it felt very stimulating as an actor.
This week my agent submitted me on a few television projects.
Hollywood will never make sense to me but I don’t know where else I could do what I do. 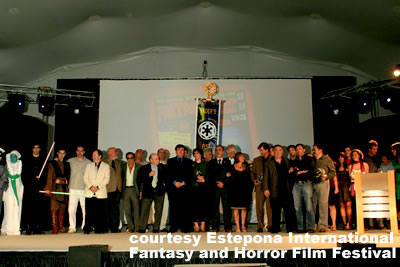 Who knows what the future holds but there is always something cooking. I’ll try and post another blog at least once a month unless something hot comes up.
Until then
Michael Paré